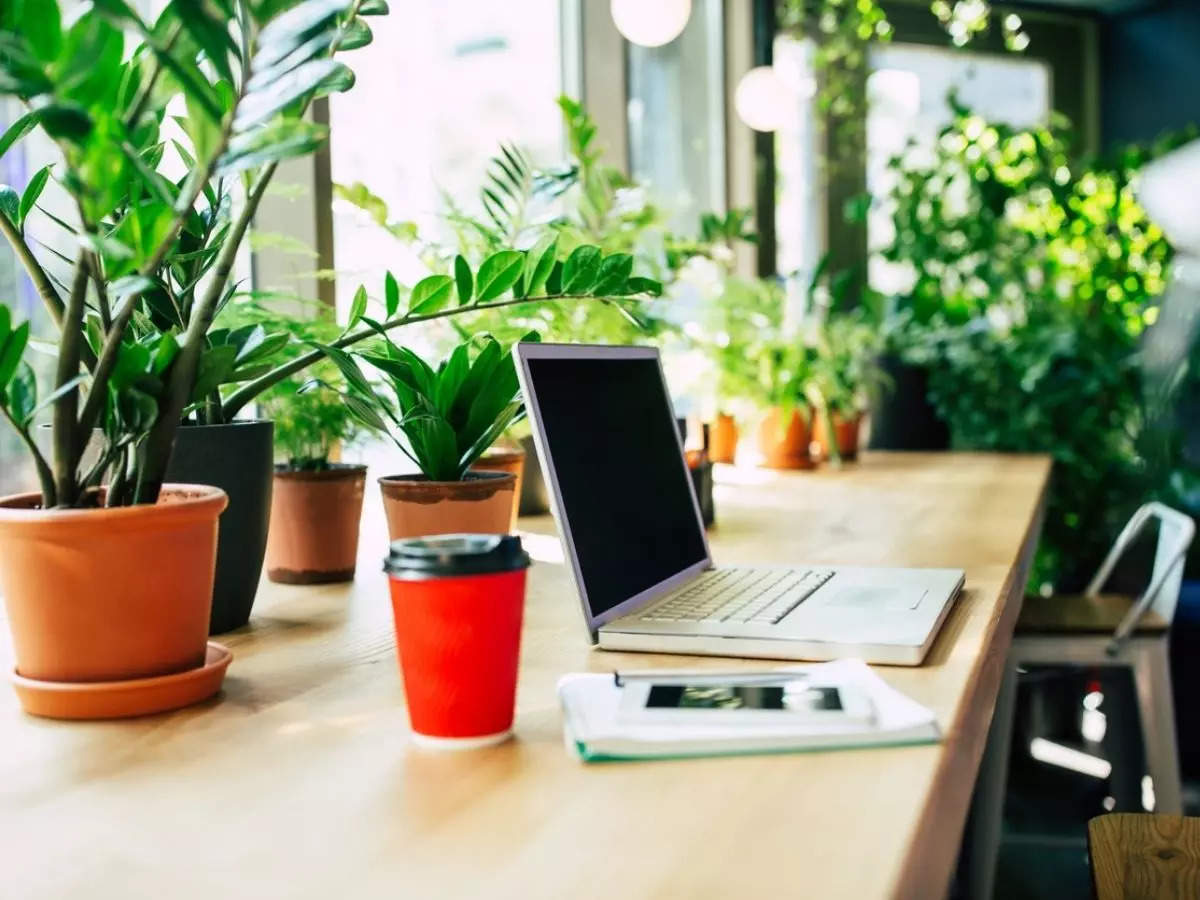 The investment company Nuveen has spent $120 million renovating its office tower at 730 Third Ave. in midtown Manhattan, overhauling the lobby, devoting the second floor to amenities and refurbishing a 22nd-floor terrace.

And the finishing touch? Two beehives on a seventh-floor terrace.

Following the latest trend in office perks, Nuveen hired a beekeeper to teach tenants about their tiny new neighbors and harvest honey for them to take home.

“In conversations with tenants, I get more questions about that than anything else,” said Brian Wallick, Nuveen’s director of New York office and life science investments.

Office workers who were sent home during pandemic lockdowns often sought refuge in nature, tending to houseplants, setting up bird feeders and sitting outdoors with their laptops. Now, as companies try to coax skittish employees back to the office and building owners compete for tenants when vacancy rates are soaring, many have hit on the idea of making the office world feel more like the natural world.

The effort seeks to give office workers access to fresh air, sunlight and plants, in tune with the concept of biophilia, which says humans have an innate connection with nature. Designs that include nature are shown to promote health and wellness.

Some of the more unusual nature-themed offerings include “treehouse” lounges and vegetable plots that let desk workers dig in the dirt. Beekeeping programs — complete with honey tastings and name-your-queen contests — are, ahem, all the buzz. One upcoming project in Texas will include a bird blind, allowing workers to peek out at other winged creatures.

“There’s a lot more focus on amenities and how to make an office better than working from your dining room table,” said Richard Cook, a founding partner at CookFox Architects.

Some companies say nature-centered amenities have won them over. And some workers find the outdoorsy vibe reassuring.

But it is unclear whether nature will be enough to attract tenants after the success of remote work over the past year and a half. Some companies have already shrunk their office space, and many employees, having ably performed their duties from home, are questioning the need to go into an office at all. The surge in coronavirus cases from the spread of the delta variant has caused some companies to postpone their return to the office to next year.

Two weeks ago, office buildings in 10 major metropolitan areas were 32% occupied, down slightly from the week before, according to Kastle Systems, a security company.

Incorporating nature in office buildings is not entirely new. Before the pandemic, developers, owners and architects were already adding terraces and rooftop lounges and bringing plants and natural light inside — part of a drive to make offices healthier. Scientific studies show that biophilic spaces are associated with increased cognition and productivity, lower stress levels, fewer sick days and less staff turnover.

But now a connection to nature has gone from being “a nice-to-have to being a risk if you don’t do it,” said Joanna Frank, president and CEO of the Center for Active Design, which operates Fitwel, a healthy-building certification program.

Adding natural features to offices can be expensive, but the costs can often be offset with higher rents. Commercial buildings with healthy-building certifications (such as Fitwel and the Well standard, administered by the International Well Building Institute) can fetch rents up to 7.7% higher than noncertified buildings, according to a recent study by the Massachusetts Institute of Technology.

The most widespread change in office buildings since the pandemic is a focus on improving indoor air. Building owners and managers, responding to tenants’ demand for assurances that the office air is safe, upgraded filters and increased the air replacement rate. 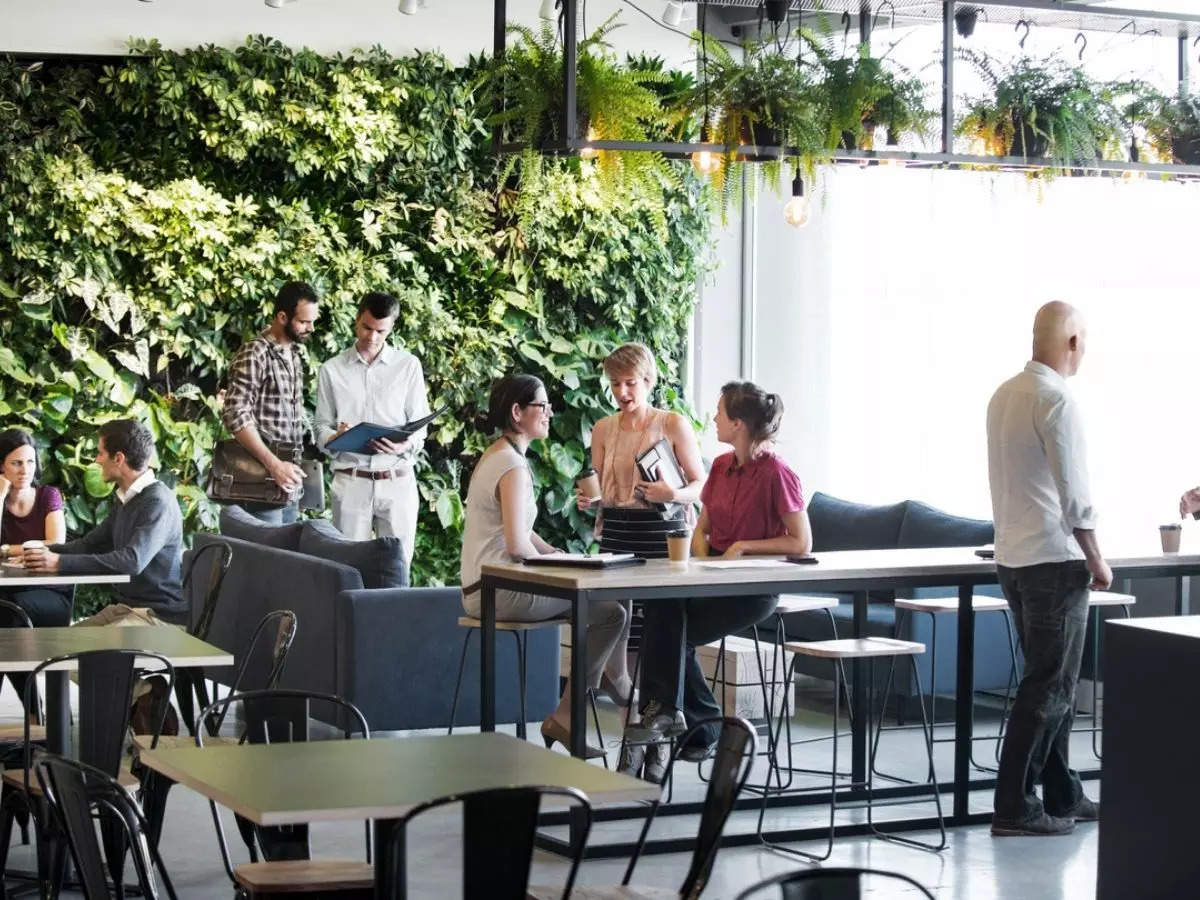 Buildings around the country are also making it possible for occupants to inhale fresh air outdoors, where they can work, socialize or take a yoga class.

In Tampa, Florida, Thousand & One, a new office building from Strategic Property Partners that was designed by CookFox, has a lush rooftop for tenants’ use. The feature helped persuade RSM, an accounting firm, to rent space in the building, said Danny Jackson, a principal at the company.

Vegetable gardens are sprouting everywhere. When Brookfield Properties renovated the Victor Building in Washington, D.C., it added vegetable beds on the roof so office occupants can pluck parsley and basil before heading home to cook dinner. And Jamestown, another real estate company, hired the firm Copiana to add aeroponic garden systems — cone-shaped towers with openings through which leafy greens grow — at properties in Atlanta.

But it is beekeeping that has really taken off, enabling landlords to provide a crowd-pleasing amenity and flaunt their environmental credentials. Landlords are hoping the bees make office buildings attractive in the wake of the pandemic, and outfits such as Alvéole, which installed Nuveen’s hives, are making it easy to provide the perk.

Alvéole, which is based in Montreal, charges an average of $8,000 annually for its services and has seen a 666% increase in revenue since the start of the pandemic, said Shelby Schulman, the company’s beekeeping team regional manager for the United States. Goldman Sachs recently announced that it would roll out Alvéole hives on its properties nationwide.

Beacon Capital, which has hives on 35 properties, has been working with Best Bees, a Boston-based company that has also seen its business grow during the pandemic. Beacon Capital has used some of its honey to make beer, Scaramelli said, describing it as “not strong, not weird — a hint of honey but not overpowering.”

He added: “Tenants love the bees.”